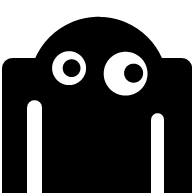 "Debugging is twice as hard as writing the code in the first place. Therefore, if you write the code as cleverly as possible, you are, by definition, not smart enough to debug it." -- Brian Kernighan

be careful with jokes

No more than I would be around reasonable adult professionals at a conference.

Learning regular expressions when you embark on a career in programming is like finding a sharpened toothbrush in your cell on the first day of a life sentence.

Voting to close because: "The compiler is wrong" isn't a question.

If you understood your problem as well as you think you do, you wouldn't need help.

"Desmodromic" is Greek for "premature optimization".

Every time somebody replaces a powerful, simple, and universal mechanism with something obscure, specialized, and dependency-ridden, an architecture astronaut gets his wings.

The kludge apple doesn't fall far from the kludge tree.

I'm not sure what you mean by "ambiguous".

To a man with a sledgehammer, everything looks like a tack.

The primary goal of MVVM frameworks is to provide bad, overcomplicated workarounds for all the problems they create when they accomplish their secondary goal, which is to help you misunderstand MVVM as badly as the authors did.

I met a traveller from an antique land, Who said — "It doesn't work as expected for some reason."

I'll tell you what I do if the data structure I need does not exist: I implement it. You're a computer programmer; write some code!

The trouble, Eric, is that so few of them are.

This user hasn't posted yet.