How to teach algorithms in an interactive way

I am faculty of computer science. Currently, I am teaching a design and analysis of algorithms course to second-year undergraduate students. This is my second semester of teaching before this I have done a Teaching assistantship during my Ph.D.

I am feeling like 50 percent of my class is not understanding what I try to teach in the class there 10-15 percent of students have understood the content I have taught. This observation comes from the result of the quiz I conducted last week.

I have tried my best to teach algorithms, I use slides and a board (50-50 percent time). Always starts with two-three examples and then discusses the cases of algorithms and ask questions in between trying to take the response from students and at the end presents the algorithm. I do problem-solving one time a week.

I want to engage students to participate in the class but only fractions of them seems interested like 20-30 percent. When I do problem-solving then participation is more it is around 50 percent.

Kindly suggest some techniques to make the course more interactive and create interest in most of the students.

I'm a bit worried about the scale here, but I often did some interesting things when there were fewer than about 30 students. Maybe you can make it work. I'll give a couple of examples using sorting. To do them you need a bunch of cards (maybe bigger than index cards at this scale) and a marking pen.

Call it playtime. (Done with university students in a CS major)

Write a bunch of integers on individual cards (probably about eight cards). Hand them out to a bunch of students, one card each. Have them stand in line facing the class with the numbers in random sequence, cards visible.

Have one student not in the line point to the second person in the line from the left side of the line.

Pull the person pointed to out of line, compare their number with that of the first person and if the number is less, push (gently) the first person down to the now empty (right) slot to make a slot for the one you pulled out and push them into the open slot.

Tell the "pointing student" to point one person farther on. Go there, pull that person out of line and then move down toward the left, pushing people right as long as their number is larger than the one you've pulled out. Put them into the now empty slot. Repeat.

The quadratic sorts are all pretty easy to manage. The faster ones can be done (with mistakes and lots of laughing) using some students as data and other students as pointers. Merge sort might be the hardest, but note that with some practice it can be done in parallel. But first practice merging as a separate "play".

For quick sort you might be able to have about 16 data points and fewer might not give enough data to help the students grok the method.

Searching is also possible and a bit simpler. One or several "pointer" students to keep track of things.

I also did some general recursion lessons having one student with a "base case" script and adding additional students to a list with a different script that, say, either returned a value or passed the process down toward the base case. I'd guess that tree algorithms might be too messy to manage, though.

You can do something similar (with care) to teach linear recursion by adapting There was an old lady who swallowed a fly into what I called choir practice. The base case is "'I don't know why she swallowed a fly, perhaps she'll die'". You need to be choir director feeding the initial lines of each verse and handing a card to a new student with their lines.

Note that you (choir director) terminates when you reach the "horse" verse.

You could provide working code, load it into an IDE, and start a debugger. Stop at lines of code that are interesting. Or make a dump of data structures that are interesting. Perhaps during each iteration (or before and after an operation. To show how linked lists can grow, for example.
Demonstrating the basic usage of a debugger is valuable to anyone.

You could also Benchmark some different variants/implementations of certain algorithms and ask in advance, which variant might run faster. You could do this in form of a poll (in your videoconferencing software) or just asking "Raise your arm if you think algo 1 is faster".

Let them benchmark on their machines and report results, to demonstrate that some results depend on hardware, on many factors.

CS50 was open-source last time I checked... it's a very well designed curriculum. I remember there were people worlwide using their material to teach computer science. Just make sure their policies and licenses haven't change.

CS50 is the introductory course of Computer Science by Harvard University. You can find the material at https://www.edx.org/course/introduction-computer-science-harvardx-cs50x

I used to teach some search and sorting algorithms but now my favorite teaching example is Euclidean algorithm (GCD), for couple of reasons, 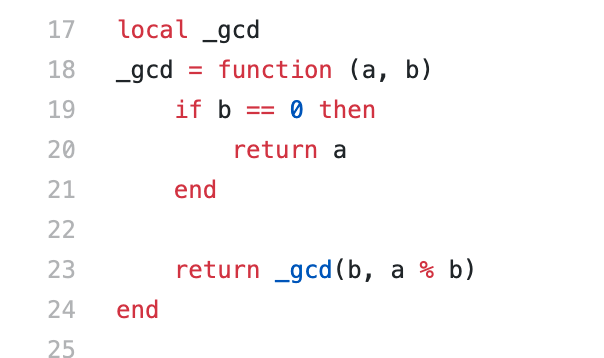 Recently I teach the binary search and re-read this old article again "Extra, Extra - Read All About It: Nearly All Binary Searches and Mergesorts are Broken"

I remember vividly Jon Bentley's first Algorithms lecture at CMU, where he asked all of us incoming Ph.D. students to write a binary search, and then dissected one of our implementations in front of the class. Of course it was broken, as were most of our implementations. This made a real impression on me ...

So maybe like what he described there, ask your students to implement a binary search in class. I don't do that because my students are highschoolers but for college students I feel it is appropriate.

1
Teaching ideas for string algorithm?
4
Book recommendation for high school students who will major in CS?

9
How to teach algorithms: implementation or application?
8
First project in my second year data structures intro
1
How to introduce problem solving to primary school pupils?
3
How should one go into learning algorithms and data structures? What do you think is an efficient way to do so?
1
Fun way to teach algorithms
26
When mentoring individuals, teach clean coding and simple/effective thinking or let them do it their way?
2
Any tools or frameworks for visualisation of algorithms?
2
Searching for algorithms using array, stack, queue, List or no data structure solving interesting problems