Subtopics to cover within Karnaugh Maps

I'm adding a bit about k-maps to my processors course, but being unfamiliar with them until now, I want to check that I am covering the correct things. Here is what I am currently covering:

So, should I skip xor? Is there something I should add? Am I covering the right things?

After explaining the logic of each of the gates, they build some circuits using an emulator of sorts. As it happens two of the circuits are equivalent, and they result in an XOR function. Learning point 1- XOR is useful as it can replace a bunch of other gates.

As an aside, XOR could be used to rebuild a drive bit level

so if any one drive is destroyed, the data can be rebuilt- e.g. HD2 gets fried- rebuild new drive H4

It's an interesting and pretty cool application of XOR.

In practise XOR can yield some nice circuit reduction but learners do tend to find it difficult using XOR in minimising.

Here is a completed labelled circ from a previous assignment completed in Logisim:

Now, this can be reduced to 2 NOT gates and one OR. I should 'warn' that Logisim can generate the minified (SOP or POS) term, the K-Map and terms and generate circuits as well- which might be more than you want it to do. At worst you could use it for creating some useful examples. 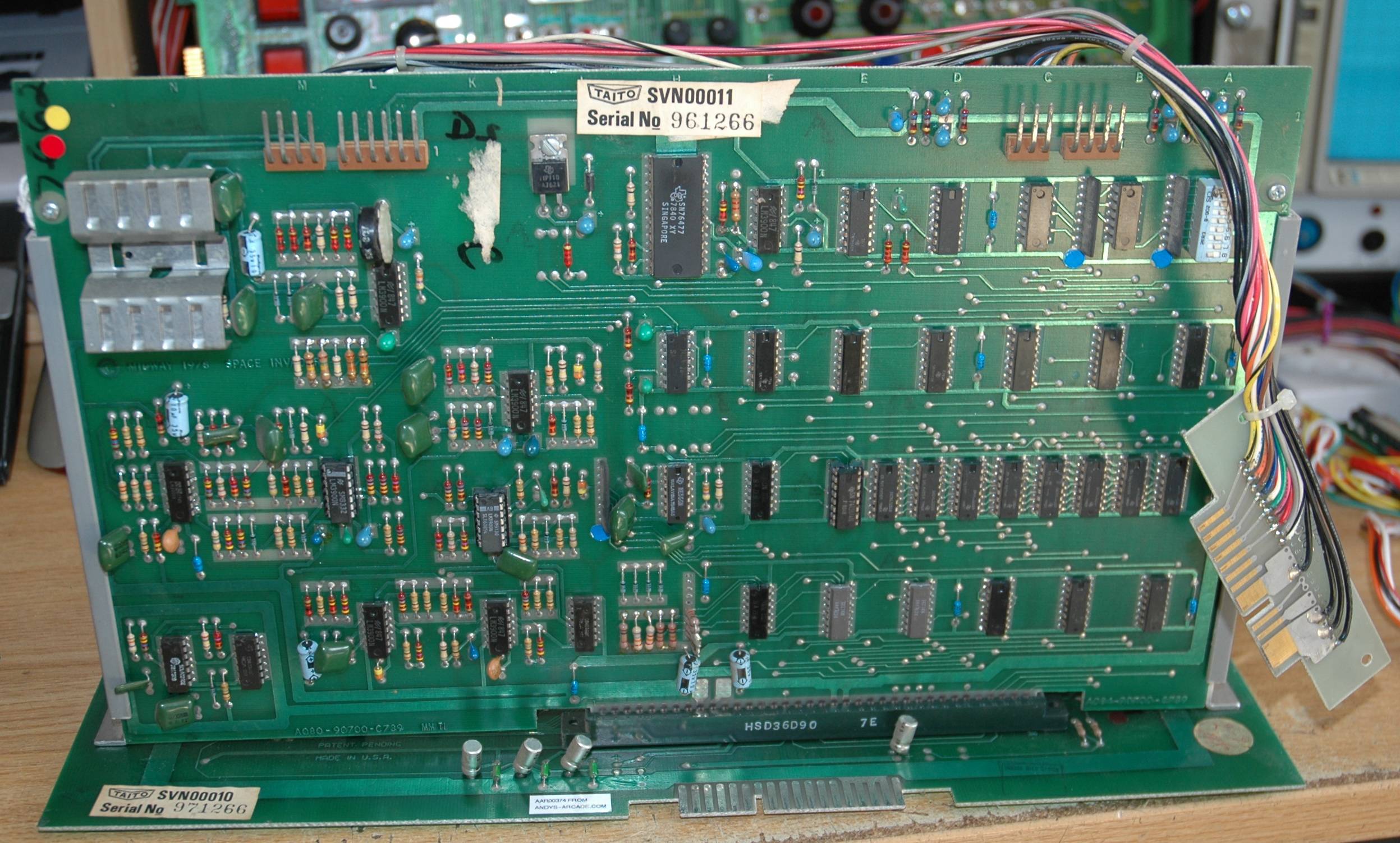 Here's a board from the 1970s. It's hard to make out any gates but there is a 74LD274 (3-input NOR gates) on there- hard to read. Given that the hardware "is" the software to a large degree here, the importance of reducing complexity and chip count was important. As already pointed out- it's not as important these days, but application of logical thought is just as important in software design. An appreciation of the complexity implemented in hardware design is important, I think.

I hope this might help with linking these elements together with K-Maps, since I suspect that you also cover these other topics. As to how much focus you place on each part, you'll have to decide how much importance you place on each. I think the outline of sub-topics is pretty good.

What should I cover re Karnaugh maps in my processor course?

To convey the general sense and idea of minimization, karnaugh maps are fine.

But pragmatically beyond 4-5 variables they're useless. At which point you begin to need the more program oriented Quine McCluskey method

Even that runs out of steam rapidly due to combinatorial explosion — a 32 variable minimization would result in hundreds of billions on min-terms!

Should xor spotting be covered?

Dijkstra / Gries have some zany stuff on an equivalence-centered approach to logic. And equivalence is just the negation of xor. That's book length in itself!