Now for a student who is trying to master the subject of "Compiler Design" which book should he/she follow (written by Aho, Ullman)? 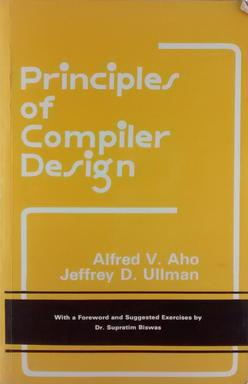 I find that the used copies of these text is still available online. Is it so that this particular edition inspite of being old is in great demand. 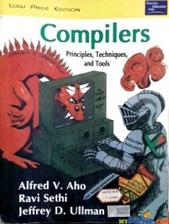 I would like to know which one would be more suitable for a novice student having knowledge of only automata theory. Which book has a more lucid language? Which one is more preferable for a student performing self-study. I wanted to ask this question because in this answer it is said that older editions of few texts are sometimes better. So it is always better to have a good guidance before diving into a subject learning.

Now I am asking specifically which one among the two books which are referred by me are more easy to read? Which has a more lucid language.In this answer here they say that the automata book by Ullman in the newer editions have changed the elegance of the actual text. Many important portions have been removed and at portions it lacks clarity. Now my question is which among the two books are better or are they equivalent? I had difficulty in following the second edition of the automata book so I felt like asking it here, such that before I begin, I am guided properly.

To learn the basics an old book does not matter, because foundations should remain the same, but I want to read those foundations in an elegant manner, without being puzzled by unclear or in-depth explanation of the same.(which at times happen if a new co-author is introduced)

Although it is not quite what you are asking, I deprecated these two books when teaching compiler design as many otherwise capable students are finding them tough going. I started to focus on more practical based books. Its a matter of top-down versus bottom-up approaches to the material (not the parsing).

But choosing books to recommend to students is a very personal thing and others may have other choices.

I learned from the 1971 classic "Compiler Construction for Digital Computers" by Gries, but not something you can use on a modern course!

Not the answer you're looking for? Browse other questions tagged self-learning resource-request textbook compiling or ask your own question.

2
The theory of parsing, translation, and compiling, v.s. Compilers: Principles, Techniques, and Tools?

10
Books that summarize pedagogical research within our field
8
Paper Books or eBooks?
4
Detailed lecture series for automata theory or theory of computation
4
Study the book "Computer Architecture- A quantitative approach" (3rd Edition) for the first time
3
Java: The Complete Reference, which edition to follow
2
The theory of parsing, translation, and compiling, v.s. Compilers: Principles, Techniques, and Tools?
5
Book to substitute "Compilers: Principles, Techniques and Tools" by Ullman et. al. (popularly known as the red dragon book)