After learning recursion in class, students take a test (a few lessons for teaching the subject, and then a test), and are then given a grade. The test is on paper, and I can't change that fact.
All tests are written on paper, but the questions on the test are subject to changes, and those are the changes being asked about.

These students are in a CS major in High School.

and it is called in some main:

This is an example for how their tracing should look like (this image is not related to the permutation example above, but it serves to explain how they trace the recursion) 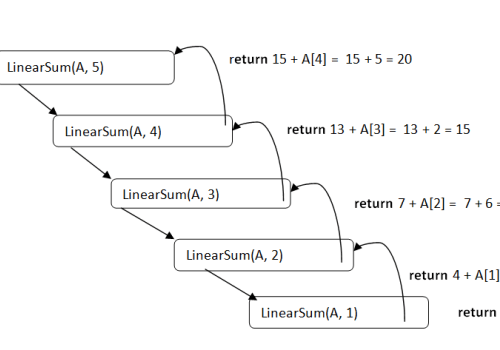 They essentially trace the call stack (and they know this; they know that effectively that's what they are doing).

However, I have some doubts about this method of testing (specifically the tracing).

So, would testing students like this be useful? By that I mean: does it actually indicate understanding of recursion and\or increase their ability to understand recursive functions they see?

If not, then how else can their knowledge of recursion be tested in a written test?

The tests are given because that's how the students are taught:

There's no bigger goal, no project that they use it in (yet). They learn it because it's part of the curriculum.

My question isn't about teaching recursion, nor is it about the specific example I gave. It's about whether the described test method (on an exam) would actually be able to test the students' knowledge about recursion.

This may be a good way to test understanding of function calls, and the stack. However I don't think it helps much with recursion. As when we design we need to abstract. To do this we need to be able to think without having to keep all of the detail in our heads. We need to focus only on externally visible behaviour, not internal details.

Having said that. I think it could be useful to look at the stack, if we are considering the consequences of different algorithms, and recursion patterns.

For example both of your examples, the recursion only reduces by one. Therefore the recursion depth is O(n). If you do not have tail-call optimisation then this could lead to a stack-overflow.

Nether of you examples would allow for tail-call optimisation:

Note: Java, C#, Python … do not have tail call optimisation (I heard Java may now have it for direct recursion). C, and C++ may have it (gcc does). Scheme and all functional languages do have it. If your language does not have it. Then a tail-call recursive function can be re-written using the trampoline pattern.

42
Analogy for teaching recursion
7
Designing rubrics for AP Computer Science-style free response questions
30
How to respond when students ask "is recursion good practice"?
8
How to stress the importance of testing code?
4
Multi-client to server connection demonstration
15
How to teach competitive programming?
14
Should programming assignments be graded based on results from unit tests or based on the similarity to the correct implementation?
2
What do I do if my computing teacher does not teach the subject properly?
3
How to design a cloze test for a programming language?
4
Book recommendation for high school students who will major in CS?